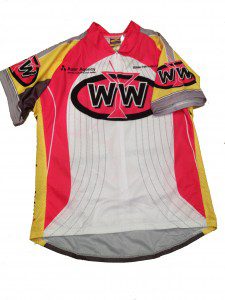 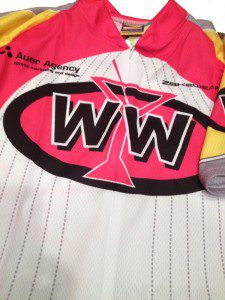 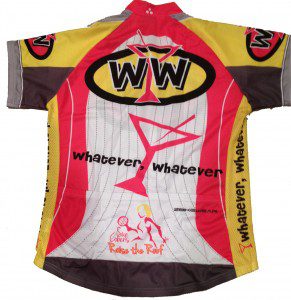 The cycling team’s captain came to us looking for a way to tie in a previous Tennis event they hosted in memory for his wife who passed away due to chemotherapy treatments for cancer. She was known for saying “Whatever Whatever.” Her spirit lives on! A group of friends and family formed Team Whatever Whatever to ride in 24 Hours of Booty in Charlotte, NC. A ride known for raising money for Livestrong and other cancer non-profit groups.

She typically had a cocktail or 2 prior to playing a tennis match, thus the martini glass in the main logo.